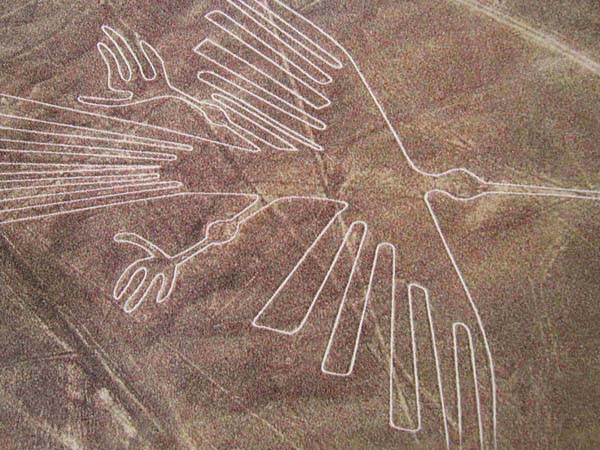 From striking jungle to coastal desert via the magnificent peaks of the Andes, Peru’s incredible variety of places to visit means the potential for adventure is limitless. Whether you want to swim with pink dolphins, drink pisco sours in a sleepy colonial town, paddle your way down the Amazon in a dugout canoe or trek the hallowed Inca Trail – or all of the above – Peru is a nation that is ripe for exploring. Wherever you go, Peru’s lively Andean culture will brighten your journeys.

Equally, a trip to Peru could focus on more peaceful recreations. Well known as one of the planet’s culinary hotspots, the nation – and Lima in particular offers a series of exotic tastes to appeal to curious palates, as well as a laidback, exciting dining scene, ranging from gourmet restaurants to backstreet cevicherías. What’s more, there are plenty of nightclubs in the big city.

Here are the top 10 things to see and do in Peru:

It’s highly recommended that you find a tour guide in order to discover all the exceptional history and tales of the lost city of the Incas. Walking towards the Inca Bridge you will find an amazing canon ridge and mountains to take pictures of.

It’s also advisable to book your train ticket in advance. If you wish to take hike-up the Huayna Picchu and take pictures of Machu Picchu, make sure that you stay ahead of schedule. The spot fills up very quickly.

Cuzco is one of the most visited tourist attractions in Peru and it’s the most common way towards Machu Picchu. Several travellers take the train, which can be found in a quick five to ten minute taxi ride from Cuzco.

The celebrated city and its culture will definitely amaze you as you wonder purposelessly along the city streets. Do not forget to tour Plaza Armas which is the most extraordinary center part of the city. There’s great nightlife to be found and also trail walking nearby.

The busy capital of Peru has turned into quite an amazing city. It’s now known as having world-class cuisine; the Ceviche will make your tongue sizzle- in a good way. For you to experience the best nightlife, shopping and restaurants, it’s important that you stay in the trendy Miraflores district along the Pacific Coast. Lima is also a perfect place for paragliding.

The Amazon at Iquitos

The Amazon at Iquitos is an exceptional holiday destination with amazing wildlife. Starting point to an Amazon boat trip in Peru is Iquitos, the planet’s largest city that cannot be accessed by road. That leaves boats and planes as the only means of transport for both people and supplies.

The Inca Trail is probably the second largest most popular tourist attraction in Peru after Machu Picchu. The hike ends at the celebrated Machu Picchu. Just like the locals, many travellers enjoy taking the trail to explore the countryside. It’s definitely worth it if you have time and love hiking.

Situated near Ica Trail, Huacachina is a small oasis city surrounding a tiny natural lake and itself bounded by towering sand-dunes. Huacachina was once used as a playground for the Peruvian elite, however, these days it acts as a tourist attraction and it attracts thousands international travellers every year. The main attraction here is the chance to sand board and taking dune-buggy trips on the sand-dunes.

This popular tourist attraction in Peru is shared with Bolivia. Believed to be the planet’s largest lake with highest altitude, the lake offers quite a bit to travellers. Tourists can enjoy a folk festival, take a boat ride around the lake and even visit the weekend market at Puno.

Uros Islands is one of the most popular tourist attractions at the lake. The islands are about 40-minutes boat ride from the main port in Puno. The history of the local people (Uros) is particularly interesting. On the Uros Islands make sure that you take a boat ride on a puma heard reed boat.

This is a canyon of the River Colca in the Andes mountains range, southern Peru. It’s more than twice as deep as the Grand-Canyon, but the canyon’s walls are less steep. In addition to the amazing sights, the biggest tourist attractions here are the Andean condors. The Andean condors can be viewed at a very close range as they drift on the rising currents.

Paracas is very close to Huacachina and this is the place where one can find wildlife in Peru outside of the Amazon. Widely known as a poor man’s Galapagos or the Galapagos of Peru, Paracas is a perfect place to see exceptional marine animals in their territory.

Although this would be included as one of the best things to see and do in Peru, It’s highly recommended that you see wildlife elsewhere (Peruvian Amazon). One can see everything from turtles, sea lions, dolphins, penguins, Peruvian boobies, and a variety of other birds.

Nazca Lines are situated between the cities of Palpa and Nazca along the North Pacific Coast. Probably created between 200 BC and 700AD, there are hundreds of geometrical shapes, human figures and animals. The lines were established on such a large scale that it wasn’t until the late 1920s, when Peruvian flights started to operate from Lima to Arequipa, that they were accepted as figures. Hotels and tour guides in Nazca Lines offer round flights in a Cessna to view the lines. What’s more, there is an observation-tower along the Pan American highway with a view of 3 of the figures.

Exploring Peru is easier than ever before because of the Pan American Highway which connects many of its better known tourist attractions. This vast highway makes travelling Western side of South America easier and more practical than ever before.

Whether your interest tend towards mountains, beaches, art and archaeology, there is something for you in Peru.

Something missing?  Is there a place you think should be on here? Share it in the comments below or on our Facebook page 🙂